Changes in the concert schedules

Due to new restrictions concerning restaurants’ opening hours, there are some changes in the concert schedule. The late-night concerts of Timo Lassy Band and Gourmet will be moved to other slots, and the schedules of the evening concerts at Pakkahuone will be tightened so that the programme ends by 22.30.

The performance of Timo Lassy Band scheduled for late Friday night will be transferred to Pakkahuone’s Sunday afternoon concert. The schedule of the event will otherwise remain the same (15.00 Verneri Pohjola & Tuomo Prättälä, 17.00 Mortality), but the event will end with Timo Lassy Band’s performance at 18.30. Gourmet, which was originally placed late on Saturday at Pakkahuone, has found a new place on the same day at Telakka. Saturday evening at Telakka is now scheduled as follows: 18.00 Gourmet, 19.45 Mikko Pettinen Why Not, 21.30 MMQ. In addition, the performances of the last performers of Pakkahuone’s evening concerts, Jukka Gustavson Prognosis on Friday and Antti Lötjönen Quintet East on Saturday, will be advanced by half an hour, ie the new time is 9.30 pm.

With these changes, Tampere Jazz Happening is still able to carry out all the concerts that were originally in the programme.

According to a decree issued by the Ministry of Social Affairs and Health, starting from 11 October, restaurants must be closed by 23.00 at the latest. 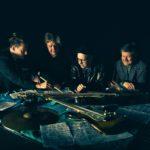 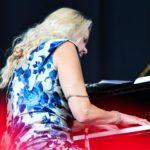