Finnish Jazz fills the All Saints’ Day weekend at Tampere

Between 29th October and 1st November 2020, the 39th annual Tampere Jazz Happening will fill the stages of Pakkahuone at Tullikamari as well as at the restaurant Telakka. For the first time in the festival’s history, all performing artists are Finnish. During this exceptional year, some of the concerts will also be live-streamed live, thus it is possible to attend the festival online, as well.

On Thursday 29th October, the Tampere Jazz Happening will open with performances by local artists when Kielo Kärkkäinen & Taming May, Masa Orpana Honk, and Utopianisti take the stage. This concert, titled Spotlight on Tampere, is free of charge to the audiences. The opening concert event is also streamed through the Tiketti online streaming service. The stream is admission free.

The second festival day begins on Friday 30th October at Pakkahuone with the presentation of the Yrjö Award, which is the most prestigious award given to Jazz Musicians in Finland, by the Finnish Jazz Federation. In addition to a brief performance by the winner of the award, this event includes concerts by Iro Haarla Quartet and Jukka Gustavson Prognosis. On Friday at the Telakka venue, the audiences will be enchanted by rising younger generation jazz musicians, drummer Amanda Blomqvist as well as Selma Juudit Alessandra, led by singer and keyboardist Selma Savolainen.

On Saturday 31st October, the daytime concerts at Pakkahuone will begin by a performance of one of the cornerstones of Finnish jazz, drummer Reiska Laine and his quintet. The second ensemble of this daytime event is Joakim Berghäll’s Dark Roast 006. The evening event on Saturday will feature some of the most stellar stars of Finnish jazz at the moment, saxophonist Timo Lassy’s and Teppo Mäkynen’s duo, as well as bassist Antti Lötjönen’s new ensemble, Quintet East – in only their third concert since their album, ALQE, was released last year.

The Saturday event at Telakka encompasses three ensembles, the first one of which is Gourmet. With their Tampere Jazz Happening performance, this ensemble celebrates their album release. Due to the coronavirus restrictions, however, the beginning of their performance was moved to an earlier time from its original late-night start. After Gourmet, the Telakka stage will feature Mikko Penttinen Why Not and MMQ, as originally planned.

On the final day of the Tampere Jazz Happening, Sunday 1st November, four more ensembles will grace the stages of the festival. The afternoon concert at Pakkahuone will be opened by trumpeter Verneri Pohjola’s and pianist Tuomo Prättälä’s duo. Thereafter, the audience will be treated to a concert by Mortality, consisting of compositions by the prolific local Tamperean music producer and event organizer Tapio Ylinen. The event will conclude in a performance by Timo Lassy Ensemble, which was also rescheduled to an earlier start time.

True to tradition, the festival in its entirety will end with a concert at Telakka, free of charge to the audiences. This year, the final concert features the local Matti Salo Quartet. This concert will also be heard live at Yle Radio 1.

This year, all the Pakkahuone concerts are going to be streamed live online, as high-quality streaming broadcasts. Except for the opening concert on Thursday, these streams include a fee (tickets 10 €). The streams are filmed by Livekuva Oy, sound engineering is by Yleisradio, and the streaming service is Tiketti Stream. Tickets to the streamed online events, as well as the regular concert tickets, are sold by Tiketti.

The coronavirus guidelines and regulations of the Tampere Jazz Happening can be found here. The festival has designed the coronavirus prevention plan together with the leading physician-in-chief of infectious diseases in the city of Tampere district. 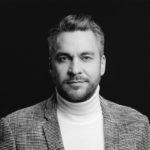