This year, the Tampere Jazz Happening will feature a completely Finnish programme. For this exceptional edition, the festival is presented on a smaller scale than usual, during four days, between 29th October and 1st November 2020. The event has two dedicated venues, Pakkahuone and Telakka, and they will welcome a total of 18 ensembles and orchestras.

On Thursday 29th October, three ensembles will take to the Pakkahuone stage for the “Spotlight on Tampere” concert, which is the festival’s traditional curtain raiser. Kielo Kärkkäinen’s & Taming May’s ”Tribute to Carmen McRae” is the Tamperean singer’s homage to one of the most significant jazz vocalists of the 20th century. Masa Orpana Honk, founded by saxophonist Masa Orpana in 2012, is a multifaceted group that blends elements of rhythm & blues and modern jazz. The evening will conclude with a performance by Utopianisti, led by Markus Pajakkala, which offers a blast of imaginative jazz-rock. The opening concert is free of charge, so it is a great opportunity to discover some contemporary jazz and also get a taste of the festival’s programme.

After these gigs, the festival will move from Pakkahuone to Telakka. On Friday, the Jazz Finland organization will present the winner of this year’s Yrjö Award, the most prestigious prize for Finnish jazz musicians. Following the ceremony are concerts by Iro Haarla Quartet as well as Jukka Gustavson. The audience will also be treated to performances by a new generation of musicians, namely drummer-singer Amanda Blomqvist, who hails from the Åland Islands, and singer-songwriter Selma Juudit Alessandra. Timo Lassy band plays the late evening set at Pakkahuone.

On Saturday, there will be two events at Pakkahuone, with two ensembles per concert. The daytime event features Reiska Laine Quintet with its line-up of legendary Finnish jazz all-stars, and Dark Roast 006, formed this year and led by saxophonist Joakim Berghäll, whose compositions embrace modern jazz, contemporary music, and indie rock, without forgetting free improvisation.

− I started to write modern jazz, but the end result also includes touches of contemporary music and indie rock, without forgetting free improvisation, Berghäll describes the style of his new ensemble.

The evening event starts with the Timo Lassy-Teppo Mäkynen duo, after which Antti Lötjönen’s Quintet East – who released their debut album this year – will take to the stage. The Saturday session at Telakka opens with Mikko Pettinen Why Not, whose thought-provoking lyrics see him take a stance on climate change, among several other important themes. MMQ, led by trumpeter Mika Mylläri, features next on the evening bill. Things wind up at Pakkahuone with a performance by Gourmet, who are set to release their new album during the festival weekend.

− Expanding an acoustic sound with electronic effects, synthesizers, and drum machines was a very natural step, because different electronic instruments and sequencers have interested both of us for a very long time, says Pohjola.

The Pakkahuone programme culminates in a concert by Mortality, which includes stellar Finnish jazz musicians who will play compositions by Tamperean music producer, event organizer and composer Tapio Ylinen. In addition, the Telakka programme on Sunday, the final day of the festival, marks a return to the theme of local music. The closing event features guitarist Matti Salo and his quartet. As was the case with the opening concert, this last performance is free.

The Tampere Jazz Happening tickets can be purchased from the Tiketti online store starting on 7 October 2020. Due to COVID-19 restrictions, there will be significantly fewer tickets available for the concerts, so the festival recommends purchasing them well in advance. Please note that there will be no ticket sales at the door this year. However, the Tiketti online store will be selling tickets up until the very last minutes before the concerts, in case the event is not sold out. The Pakkahuone concerts between 30th October and 1st November 2020 will be streaming live online, except the late-night concerts which begin at midnight. Also the tickets for the live stream concerts will be available for purchase from the Tiketti online store. 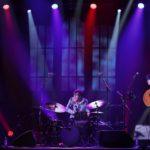 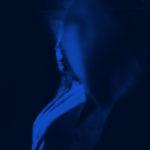