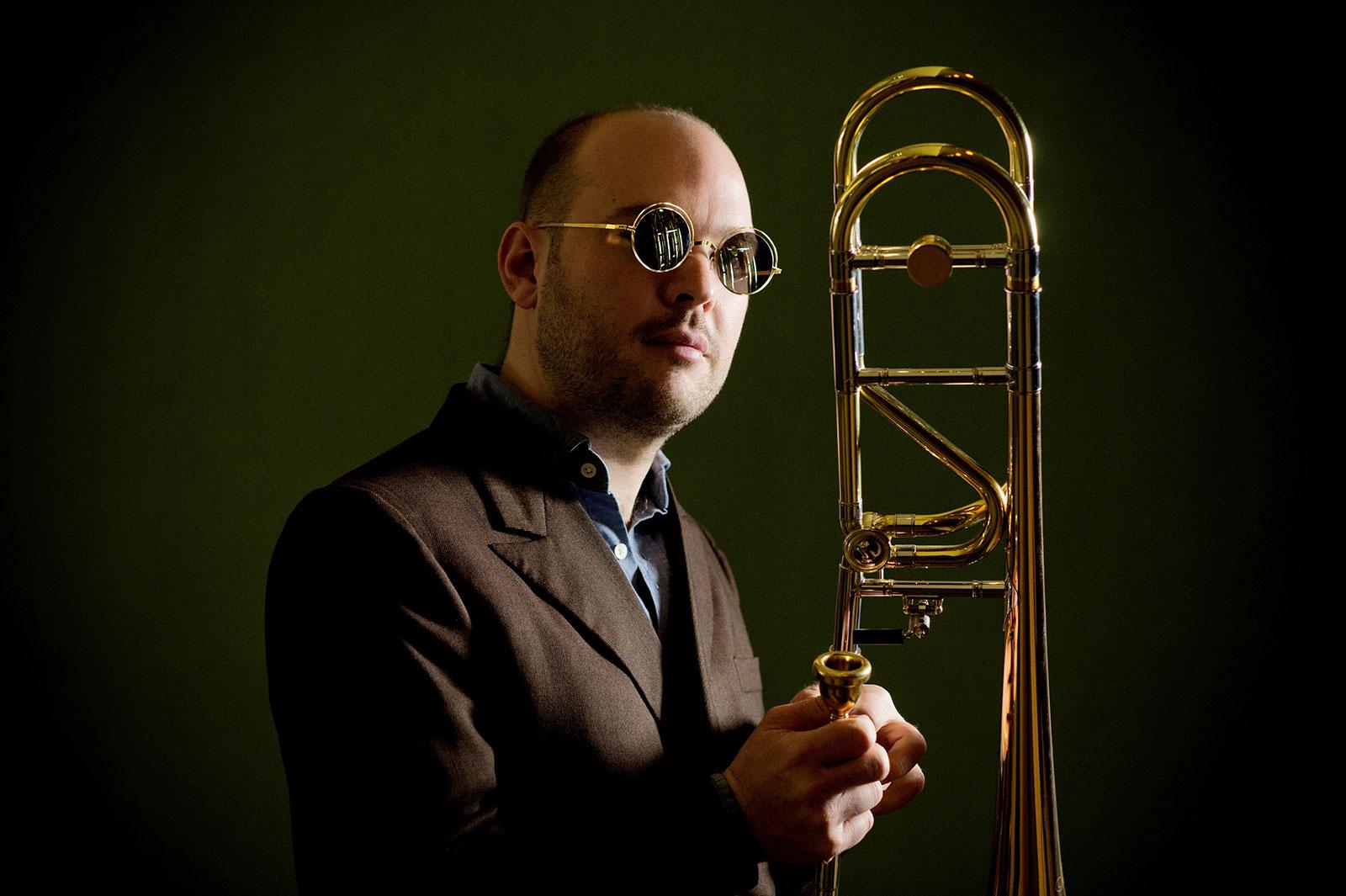 ”One of the most talented trombonists on the scene, Blaser makes his instrument mutter, growl, speak and sing.”

– John Sharpe, All About Jazz

”One of the most talented trombonists on the scene, Blaser makes his instrument mutter, growl, speak and sing.”

The trombone, these days perhaps more typically present in the back row of an orchestra, was in fact one of the most iconic front row instruments and indeed arguably “the leading voice” of the original ska sound – the style that preceded reggae. Without the trombone, it is almost impossible to even imagine nor to perform the pioneering first wave ska. The trombone players of today have Don Drummond (1932-69) to thank for the iconicity of the trombone sound, as he was one of the founders and composers of the pioneering ska orchestra The Skatalites, as well one of the seminal creators of the ska genre altogether. Sadly, Drummond did not live to witness his own accumulated musical impact, since he passed away in Kingston aged only 37, after having spent the four last years of his life in involuntary psychiatric care – for stabbing his girlfriend.

As a musician, Swiss trombonist Samuel Blaser (b. 2981) had focused his career elsewhere than in the ska or reggae genres. However, he had always admired Drummond’s signature sound and style. Therefore, Blaser got inspired to take on the opportunity presented by the Tampere Jazz Happening to bring together a brand new, international jazz septet to interpret Drummond’s compositions, which round up to around three hundred compositions altogether. Blaser, who himself has released twenty albums, does not plan on competing with the The Skatalites – who still actively perform – nor is he planning to focus only on ska. Blaser has noted that “for the majority of his career, Drummond was a jazz musician and considered himself as the world’s best trombonist. What interests me is to personalize his music with the talent of my band members”.