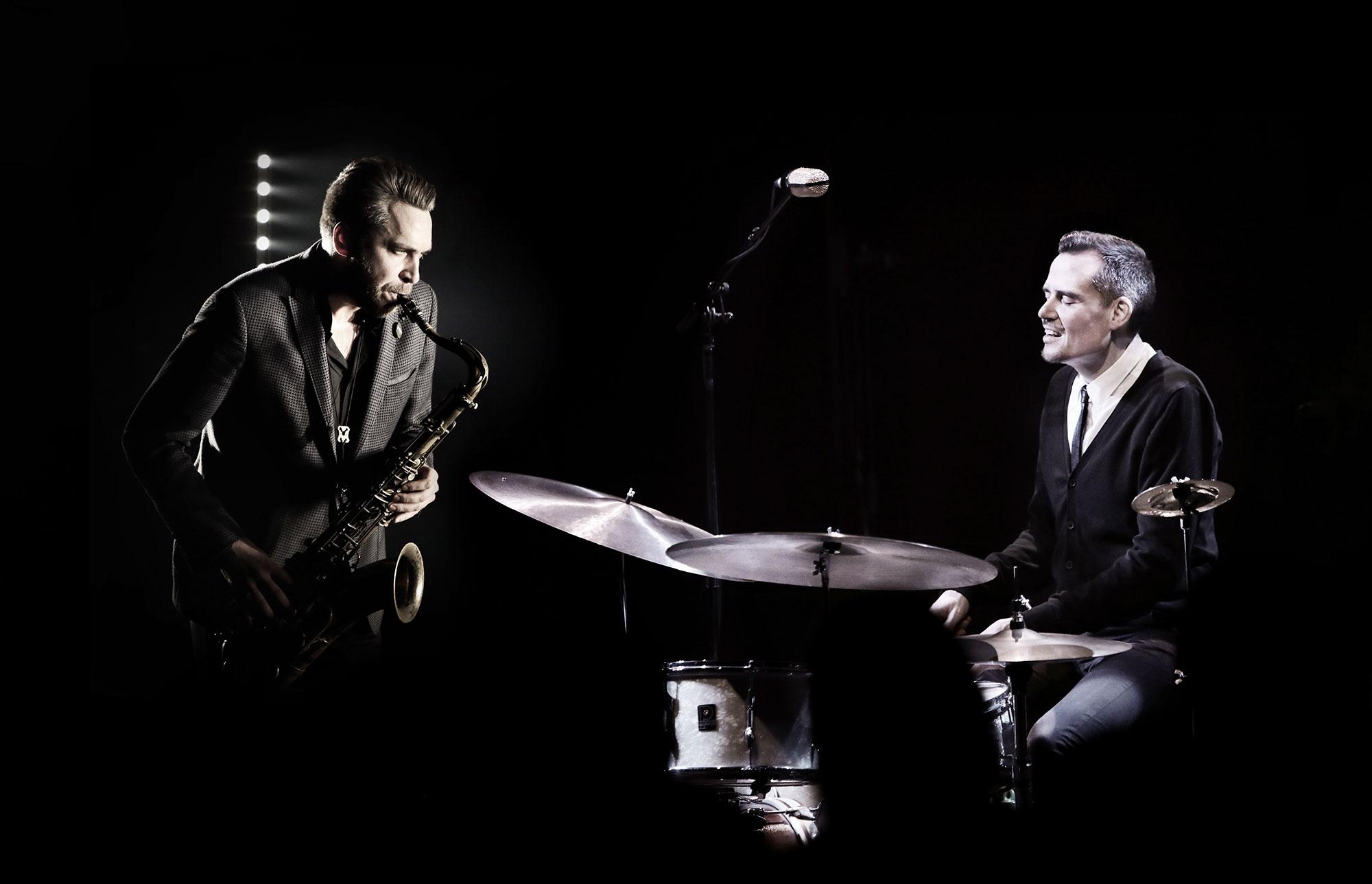 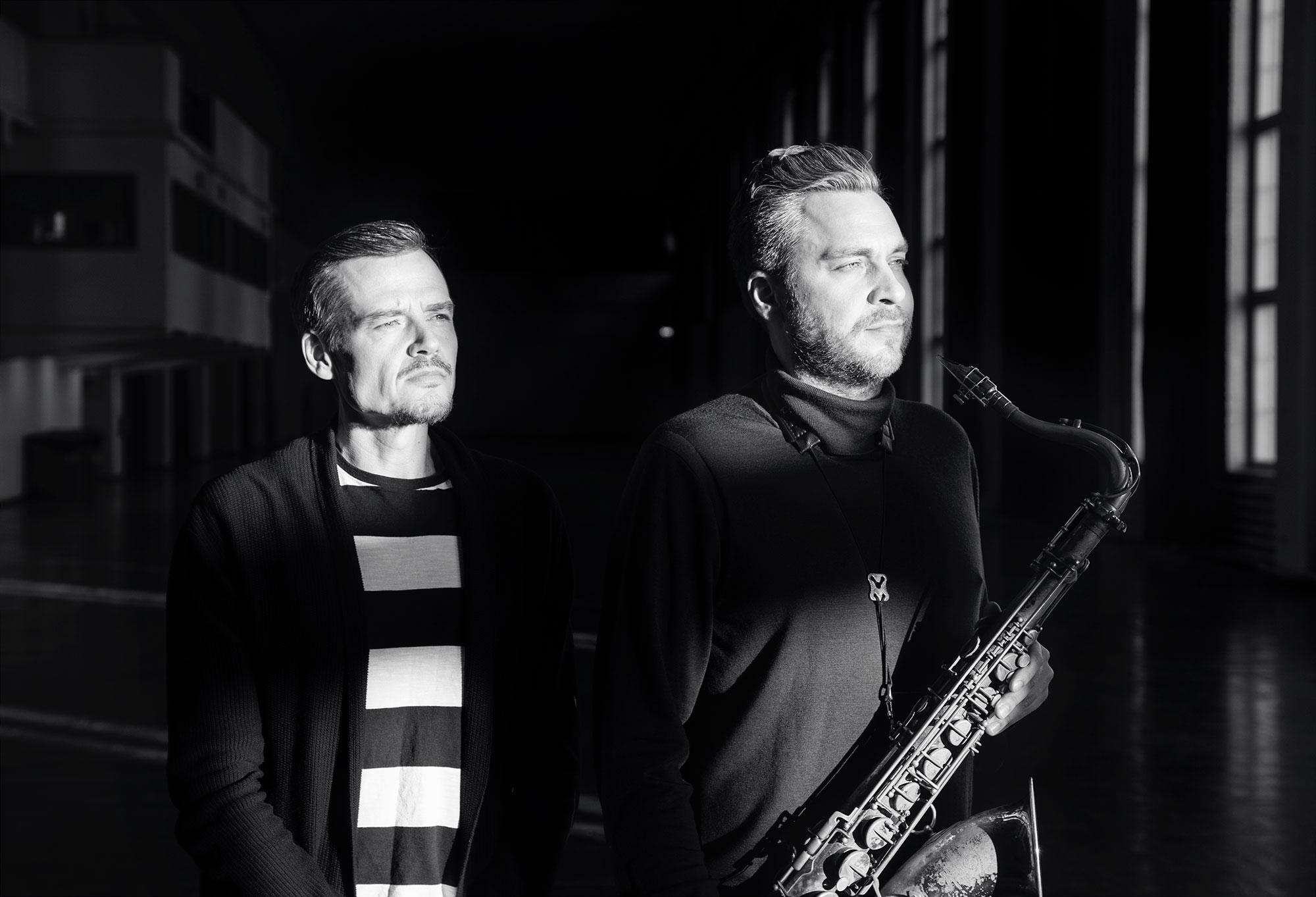 “Lassy and Mäkynen’s saxophone-percussion duo could come off sounding hollow with no harmonic accompaniment, but the two make simple sound simply divine.”

"Lassy and Mäkynen’s saxophone-percussion duo could come off sounding hollow with no harmonic accompaniment, but the two make simple sound simply divine."

Saxophonist Timo Lassy (b. 1974) and drummer Teppo Mäkynen (b. 1974) have recorded jazz together in various collaborations and ensembles for over fifteen years – from The Five Corners Quintet to Timo Lassy’s current band, which will perform at the Tampere Jazz Happening already for the third time. Released last year, the eponymous album Timo Lassy & Teppo Mäkynen was, however, a double first for these friends: the first duo album they have recorded together – or with any musician, in fact.

Duo albums featuring a saxophonist and a drummer can be placed in a long lineage, with notable early examples being Willem Breuker and Han Bennink’s New Acoustic Swing Duo (1967), John Coltrane and Rashied Ali’s Interstellar Space (1967), and Anthony Braxton’s and Max Roach’s Birth and Rebirth (1978) – not forgetting John Surman’s and Jack DeJohnette’s ‎album Invisible Nature, which was partly recorded at the Tampere Jazz Happening in November 2000. Much like the aforementioned, many saxophone-drum duets are documented as live recordings that emphasize the ‘in the moment’ nature of the music – whether in concert or in a studio – and often feature very lengthy pieces.

Lassy and Mäkynen offer the unexpected in at least two ways. Compiled from 13 compositions which last approximately three minutes each – the longest being 3:22  – Timo Lassy & Teppo Mäkynen was recorded in a studio-like setting and sees the duo explore and illustrate various stylistic possibilities in jazz, from acoustic to electronic schools. This idea is expressed through titles of the compositions, which are named after various hues, from Fallow to Heliotrope.