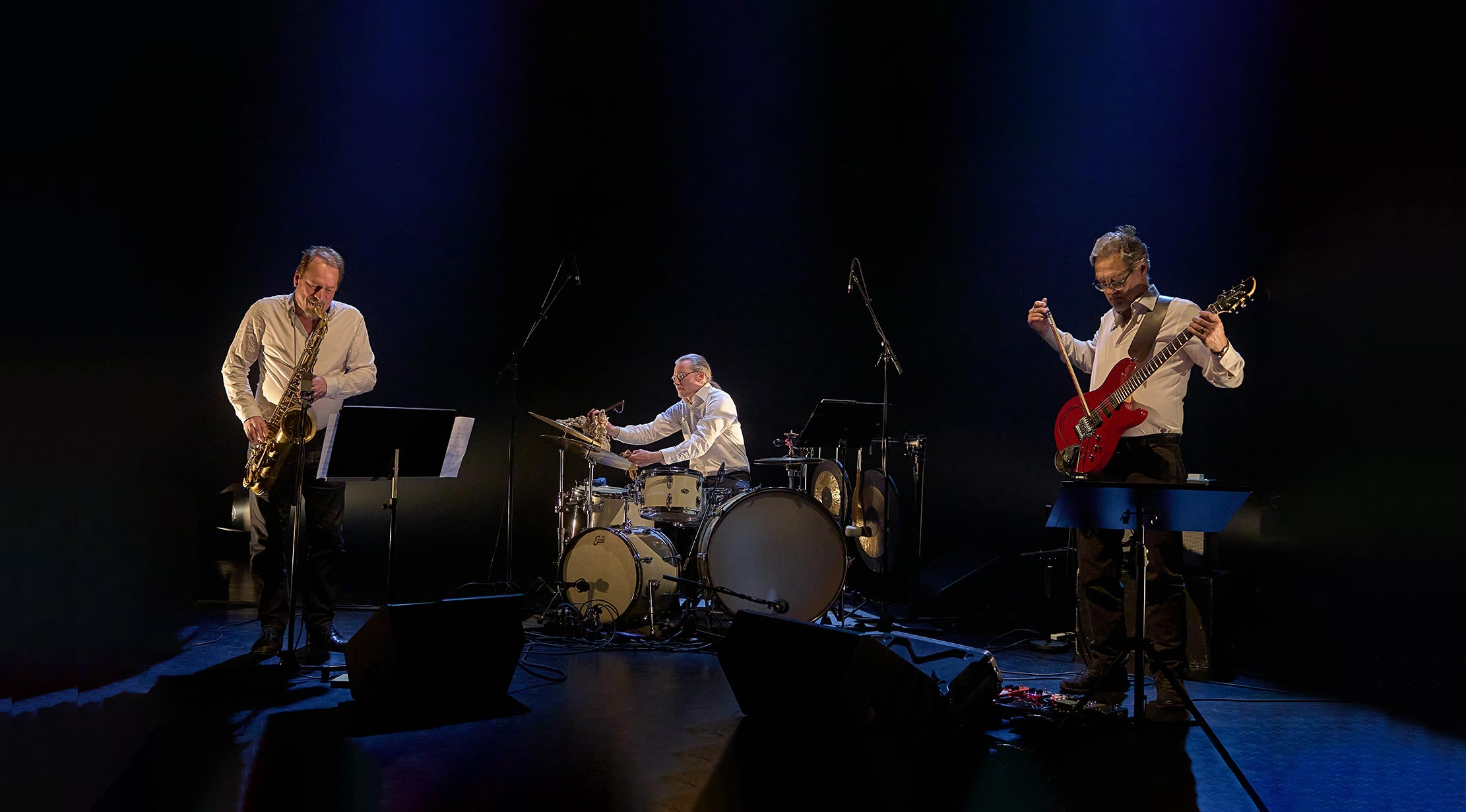 “Indeed: Björkenheim played a concert with his brand-new Finnish quartet already at the very first Tampere Jazz Happening in October 1982.”

"Indeed: Björkenheim played a concert with his brand-new Finnish quartet already at the very first Tampere Jazz Happening in October 1982."

Of all the world’s musicians, guitarist and composer Raoul Björkenheim (b. 1956) may well be the one who has played the most at the Tampere Jazz Happening, organized already for the 40th time. Since 1982, Björkenheim has performed at the festival at least nineteen times, most of which with his various own ensembles. Indeed: Björkenheim played a concert with his brand-new Finnish quartet already at the very first Tampere Jazz Happening in October 1982 – six years before the release of his first own album, Ritual (1988), by Krakatau ensemble.

This year, the ensemble’s title is Sonic Decode, formed by the initiative of saxophonist-composer Esa Pietilä (b. 1964). This collaboration has already some history as Björkenheim and Pietilä, who have rarely performed together, recorded a studio program for Yleisradio already around twenty years ago. At that time, the ensemble was still a quartet, including a double bassist and another drummer. Sonic Decode, which is making its debut at the Jazz Happening, is a trio instead and features the Tamperean Janne Tuomi (b. 1973) on the drums.

What may be expected from this particular ensemble that has since their very first concert three years ago, only performed on a few occasions? Listeners who are familiar with the historical developments of Björkenheim, Pietilä, and Tuomi, will hardly be surprised by the musicians’ own freeform descriptions: “Free improvisation stemming from the ensemble members’ sketch-like compositions in the spirit of world-jazz, garnished with elements of contemporary music but with a melodic twist”.

Or as Esa Pietilä describes in a more comprehensible way: “Sonic Decode plays composed music as well as both structurally and non-structurally improvised music that points in many directions”.