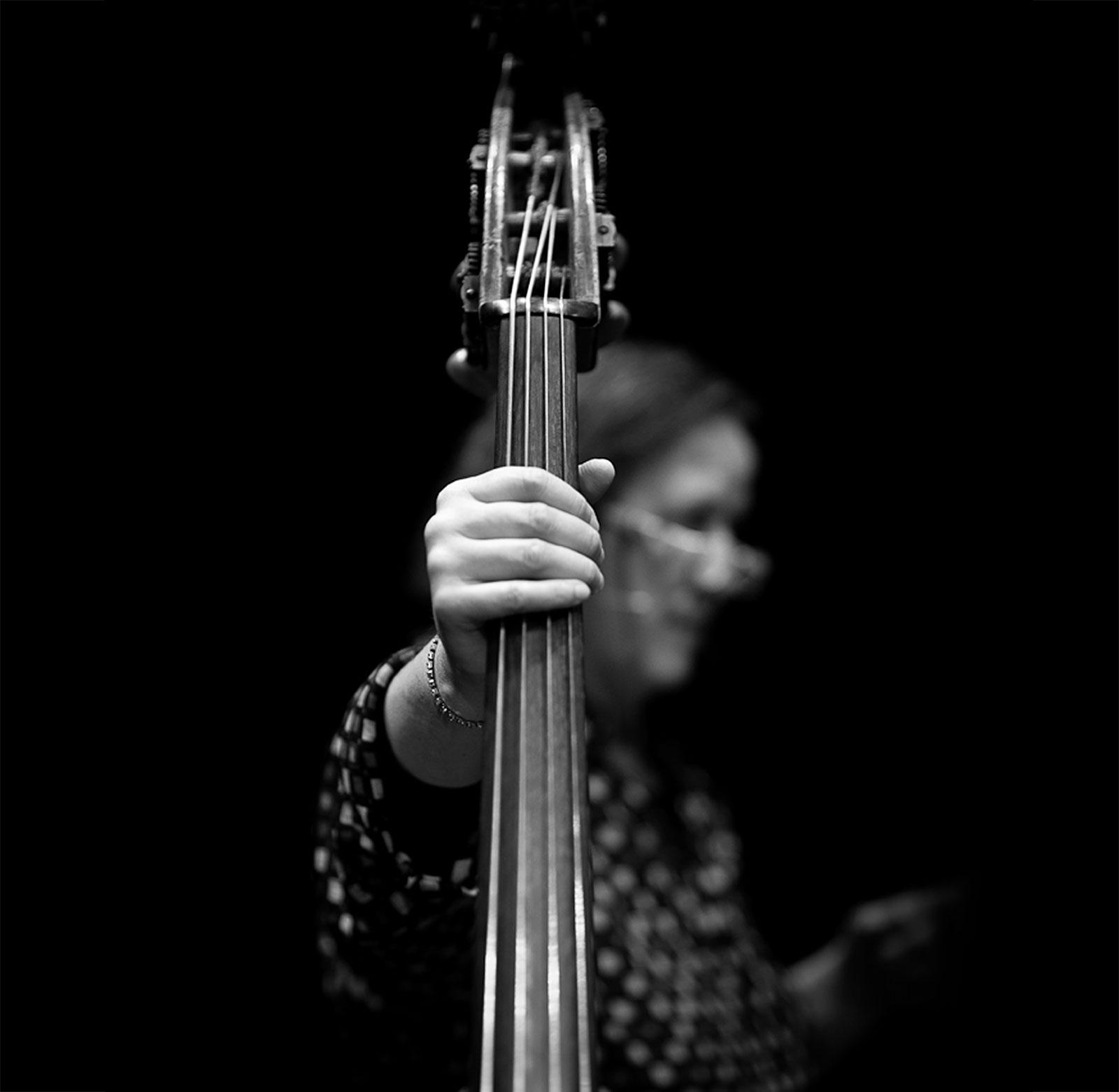 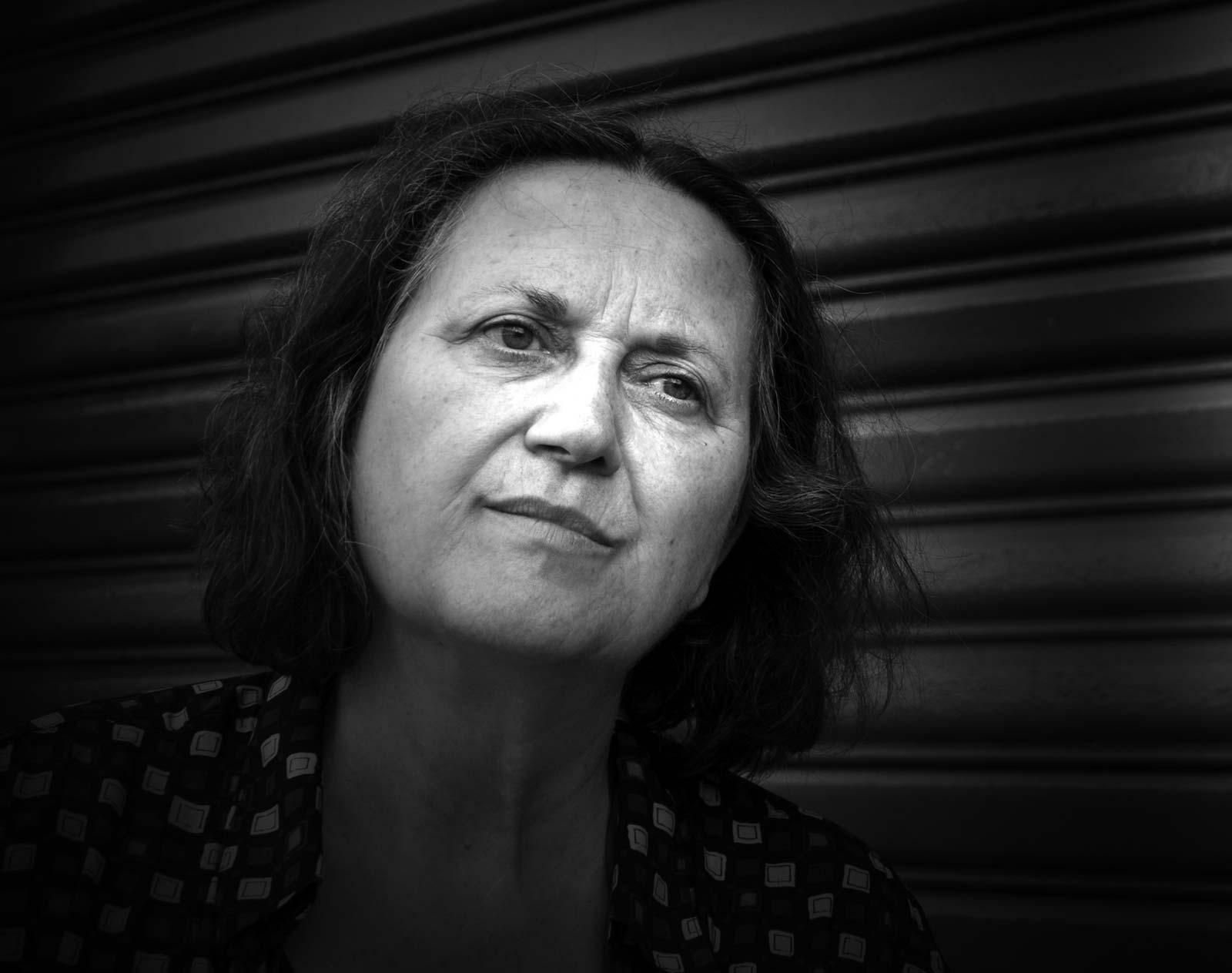 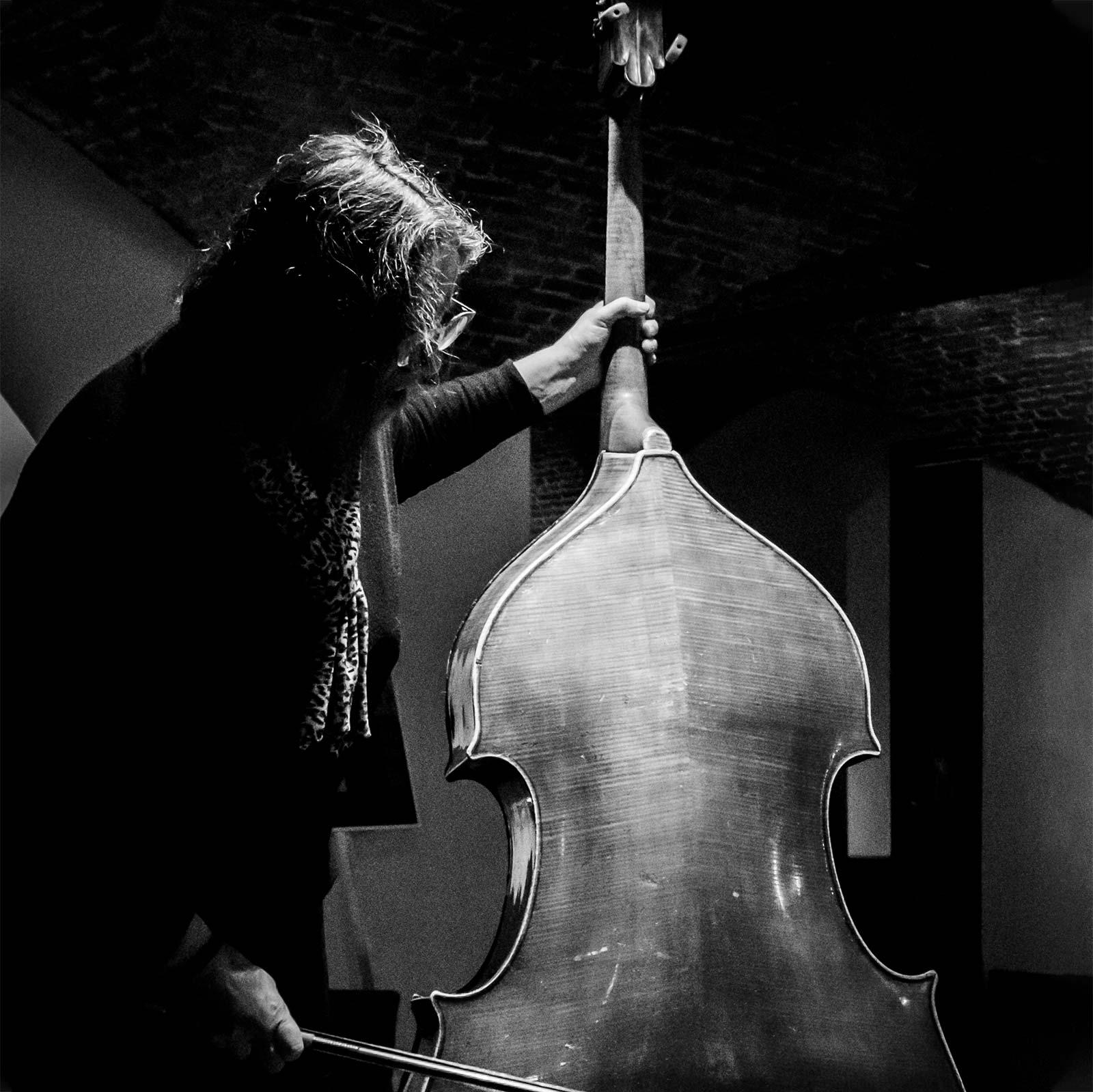 ”Few modern era instrumentalists sojourn into uncharted regions of the musical cosmos with the ingenuity of bassist extraordinaire Joëlle Léandre.”

– Glenn Astarita, All About Jazz

”Few modern era instrumentalists sojourn into uncharted regions of the musical cosmos with the ingenuity of bassist extraordinaire Joëlle Léandre.”

In the namesake composition of her first solo album “Taxi”, French double-bassist Joëlle Léandre (b. 1951) hollers for a taxi on the street three times, but no-one seems to hear her. From then on, the world has definitely heard her music – and consequently heard a lot about her. Specialized in contemporary classical music, improvised music and jazz with experimental hues, Léandre has since been able to hitch a ride to around 170 albums, publishing a multitude of recordings each year after the release of “Taxi”.

Léandre, who previously has performed at the Tampere Jazz Festival twice with her trio, is also a composer. This third concert by her will be worthy of listening particularly intently: Can You Hear Me? (2009) was composed for ten musicians capable of improvisation and is Léandre’s first truly orchestral piece. Just like “Taxi”, the piece begins informally, this time with the chatter of the musicians who are walking onto the stage. This might be a subtle clue that this art work, which incorporates multiple sounds, voices, and styles, might perhaps be an allegory of talking and listening. Can You Hear Me? is approximately one hour long and has been recorded twice previously, first in Austria in 2009 and then in France in 2015. At this year’s Tampere Jazz Festival, the composition will be performed by a tentet that is almost identical to the ensemble that played on the most recent recording of the piece (Ayler Records, 2016).