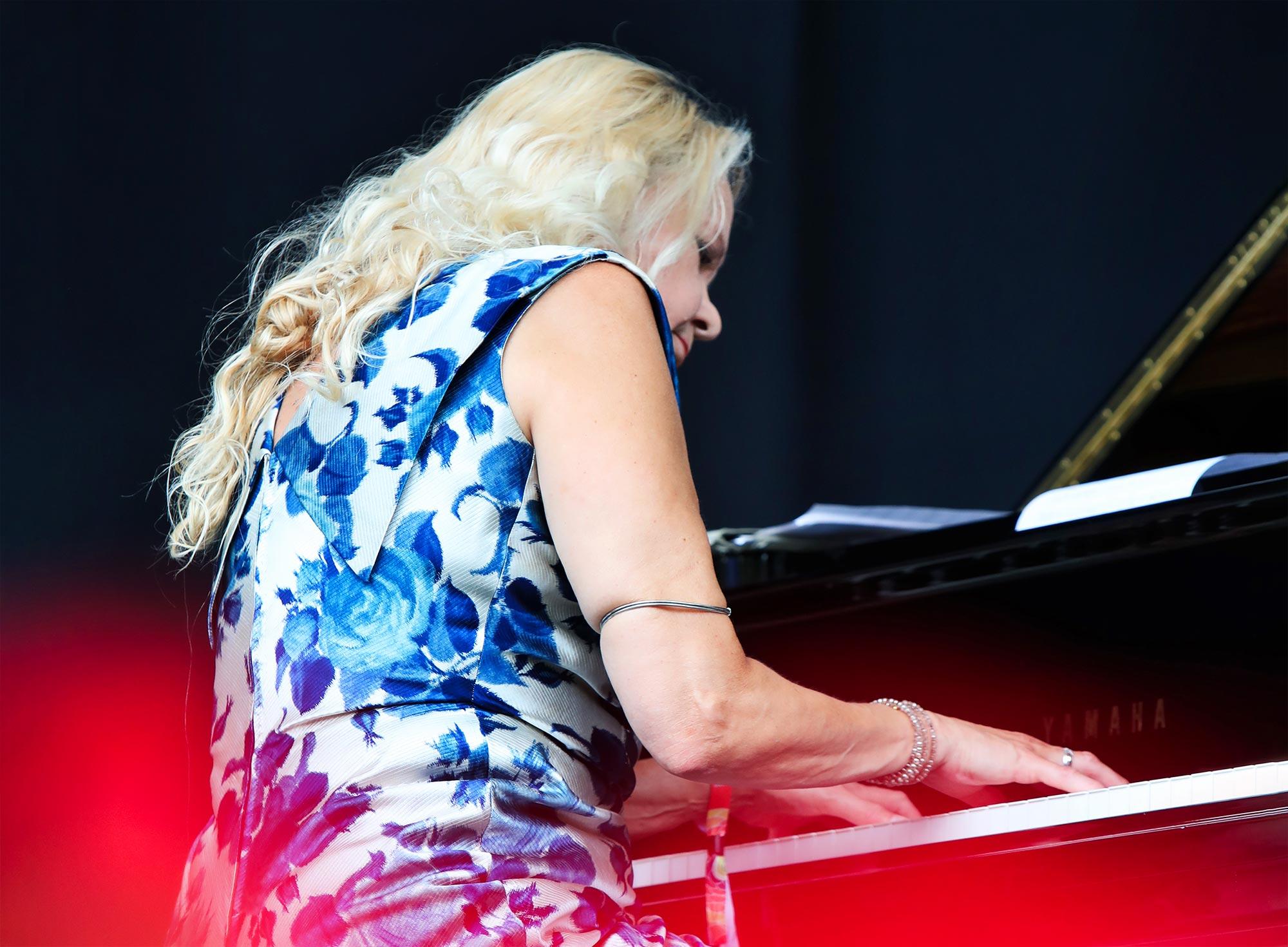 “My ultimate goal is to evoke the listeners’ emotions with my music – to challenge them to give love and have the courage to receive it.”

"My ultimate goal is to evoke the listeners' emotions with my music – to challenge them to give love and have the courage to receive it."

Pianist Iro Haarla (b. 1956) has played and arranged music professionally for over four decades. Her earliest appearance on record was Juhani Aaltonen’s album Springbird (1978), on which Haarla plays accordion and organ. Haarla’s career as a composer in her own right is much shorter, however. Her first ensemble was a Finnish-Norwegian quintet, whose debut album Northbound (2005), which was produced by Manfred Eicher, received glowing praise for its subtle hymn-like material and intriguingly familiar style.

Thereafter, Haarla’s role as a musician, especially as a composer, has come into sharper focus on each album, and now we also know more about her significant and extraordinary history. For twenty years, she transcribed and arranged the sketch-like compositions of her late husband, percussionist Edward Vesala (1945–1999). Yet she was never mentioned in the credits of his work.

On her own recordings, Haarla is of course the central composer and arranger, though, being characteristically modest, she does not want to emphasize her role. Indeed, each album after Northbound has consistently been an ensemble recording, which varied from two musicians (Kirkastus, 2015) to three (Around Again, 2018) to five (Vespers, 2011) to six (Kolibri, 2013). However, one link is missing from this chain of ensembles: the “traditional” jazz quartet.

The Iro Haarla Quartet, founded in the summer of 2018, fills the gap. They were already planning to record their first album before the Tampere Jazz Happening. Due to travel restrictions the ensemble was forced to change plans, so Haarla is performing at Pakkahuone with an ensemble that is “a work in progress”. They will treat their listeners to recent ballads, among other compositions, and feature the iconic saxophonist Juhani Aaltonen, who turns 85 in December.