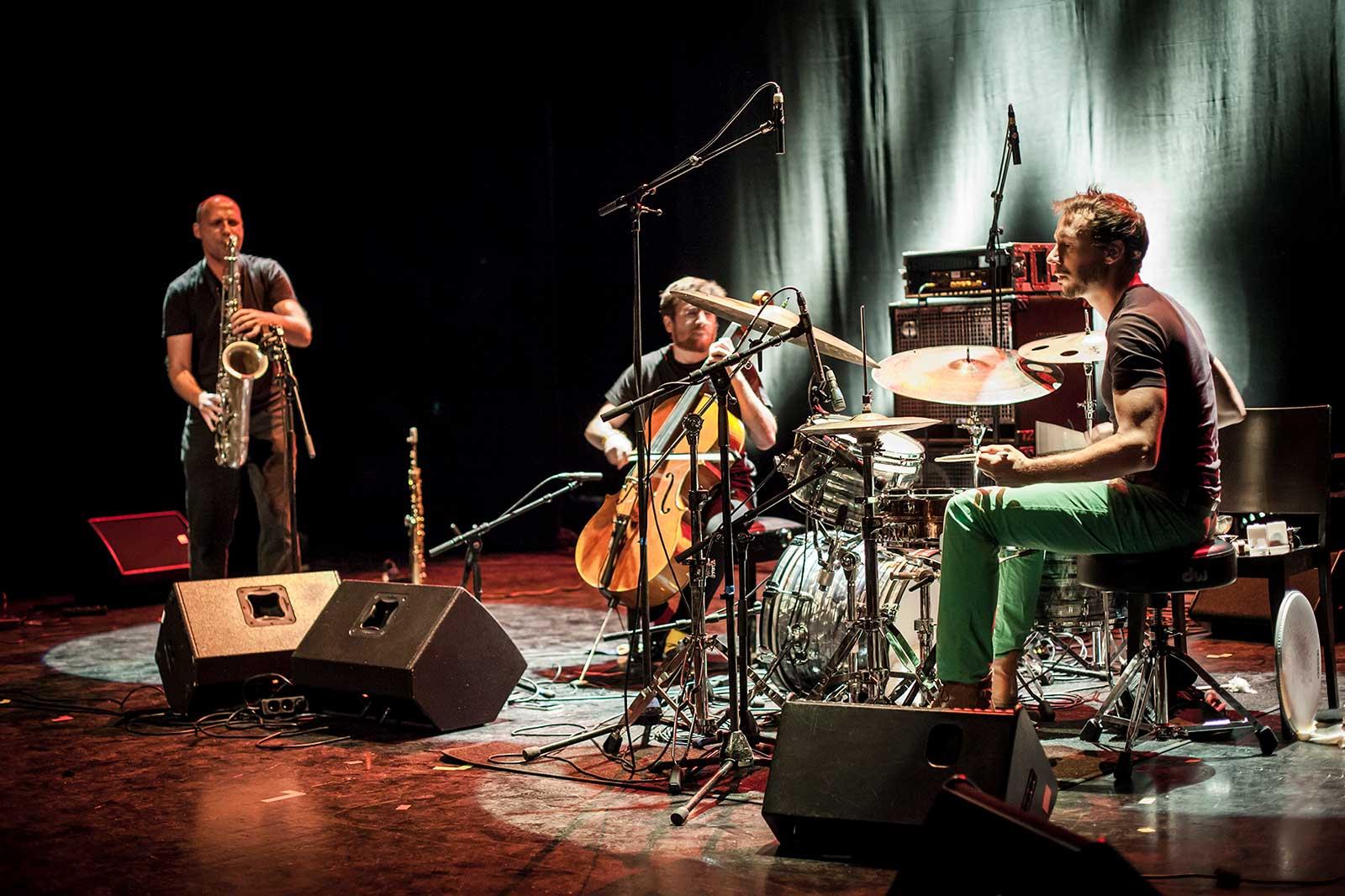 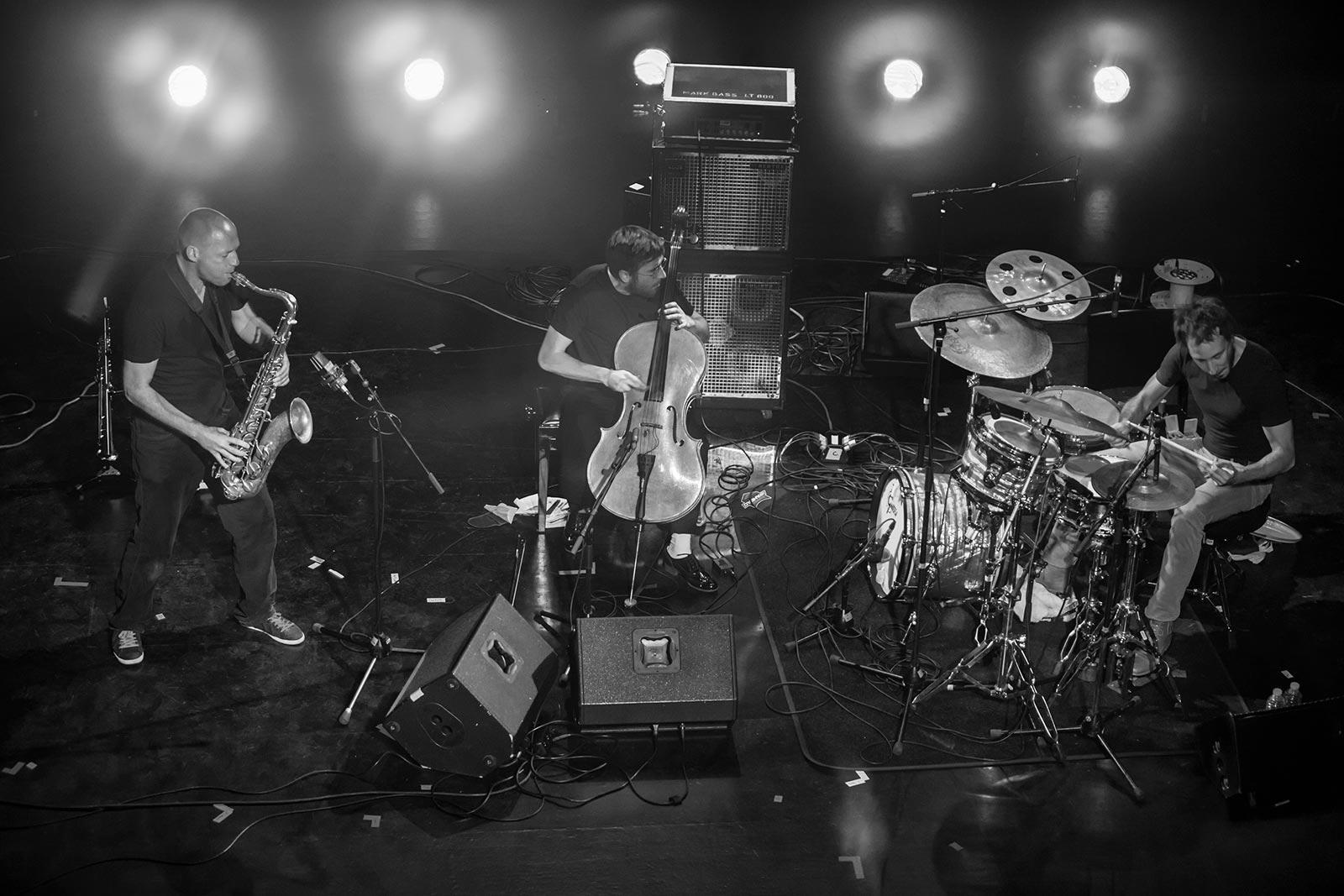 ”Spontaneity, energy and urgency of the moment.”

”Spontaneity, energy and urgency of the moment.”

Saxophonist and composer Manuel Hermia (b. 1967) quotes as his motto a phrase from Henry Miller, who in one part of his novel Sexus highlights the correlational and evidently quite prolific relationship between order, discipline, and freedom: “The purpose of discipline is to promote freedom”. What the Belgian Hermia does not mention, however, is that according to the immediately following sentence in Miller’s book, “freedom leads to infinity and infinity is terrifying”.

Consequently, the notions of discipline and freedom aptly characterize the musical expression of this trio hailing from Belgium and France, and assembled by Hermia. However, even in the wildest turns of their music, these musicians are brazenly unafraid of the “terrifying infinity”, at least on their first and so far only album, titled God at the Casino (Babel, 2015). Each of the album’s compositions have been credited to one of the trio’s members – either Hermia, cellist Valentin Ceccaldin (b. 1989), or drummer Sylvain Darrifourcq (b. 1979). Moreover, their music seems underpinned and imbued from the beginning to the end with a strong sense of shared responsibility and a democratic attitude toward improvisation. During their previous appearances in Finland, Ceccaldi, Darrifourcq, and Hermia have all shown glimpses of their incredibly versatile synergetic talents. Additionally, Hernia has collaborated with the Finnish pianist Kari Ikonen, with whom he founded the quartet Orchestra Nazionale Della Luna and recorded one album.