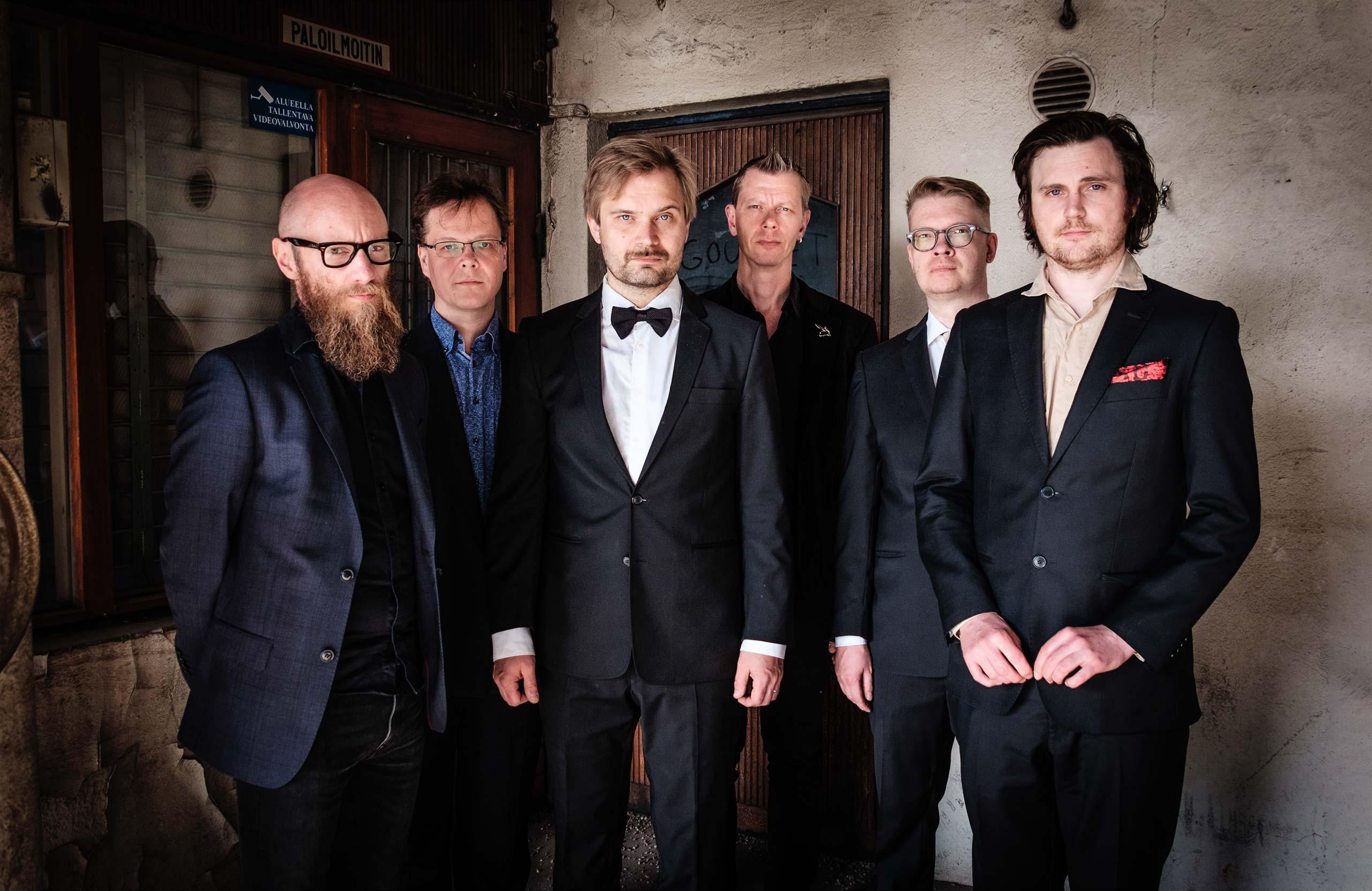 “… this is jazz music at its best and most fun… An absolutely wonderful experience!”

"... this is jazz music at its best and most fun... An absolutely wonderful experience!"

The name of the ensemble in which saxophonist Mikko Innanen (b. 1978) and electric guitarist Esa Onttonen (b. 1975) first played together in 1996 was Salad – perhaps providing an appetizer of the multitude of musical ingredients that were part of their next ensemble, Gourmet. In many ways, the moniker is fitting for this sextet, which releases albums all too rarely, as it emphasizes the high quality of the musical content and uniqueness of their expression.  How many modern jazz ensembles feature an accordionist, trombonist, and tuba player, who share equal billing as soloists with the other instrumentalists in the band?

During the past 20 years Gourmet, which boasts an exceptional sound, has also been characterized as a satirical, ironic and joyful bunch. Indeed, the ensemble seems at times deliberately hilarious – when playing its own trickster-like, zany adaptations of a French waltz, German march music, or a Chinese Eurovision-style song. And Finnish tango-influenced pop or some jazzy stomp dedicated to Hindenburger.

Audiences at the Tampere Jazz Happening have the chance to ‘taste’ the Gourmet experience for the second time, but they should still expect the unexpected, given that the band’s sophisticated musical humor is very left field. Furthermore, at Pakkahuone and at midnight – just as October turns into November – the ensemble will release its fifth album New Habitat, which includes the pieces Kaukana on Pjongjang [“Pjongjang is far away”] and Kesän kukkia kaipaan [“I miss the summer flowers”].