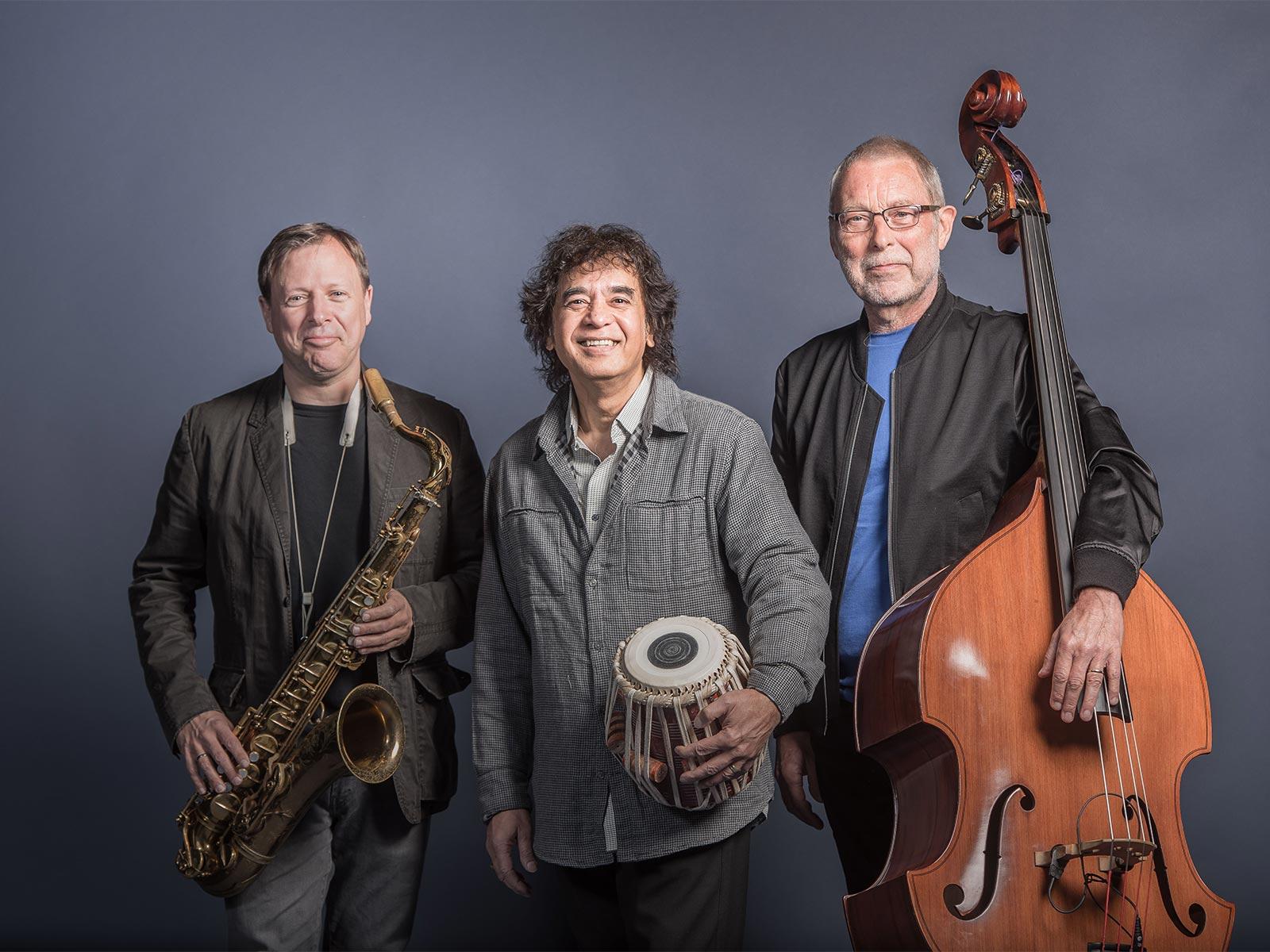 ”This project has been a source of inspiration and growth for all of us in the Cross Currents Trio.”

”This project has been a source of inspiration and growth for all of us in the Cross Currents Trio.”

The Indian-born percussionist, tabla player Zakir Hussain (b. 1951) is a pioneer of world music –already well before this style of music began to be marketed with the term “world music”. Following in the footsteps of his internationally renowned father, Hussain’s first prominent ensemble was the Indian-British quintet Shakti, which was founded in 1974 and in which “the West” was represented by John McLaughlin, one of the foremost guitarists in jazz rock.

Formed from the initiative of Hussain, the acoustic Cross Currents Trio – who just finalized their first album – can be placed in the same continuum of world music as Shakti, even though the times have completely changed since then, and the ensemble’s “stylistic ratio” is different from that of Shakti, as well. Saxophonist Chris Potter (b. 1971) and bassist Dave Holland (b. 1946) are essentially jazz musicians, though versatile in their own musical expressions and more than capable of adapting to and extending the boundaries of various musical genres. The name of this trio, which has been active for a bit over a year now, evokes images of crossing and clashing flows. Their debut album, Good Hope (Edition Records, 2019), however, reminds us that all the musical oceans of the world are in fact circled by varying currents of the same water.