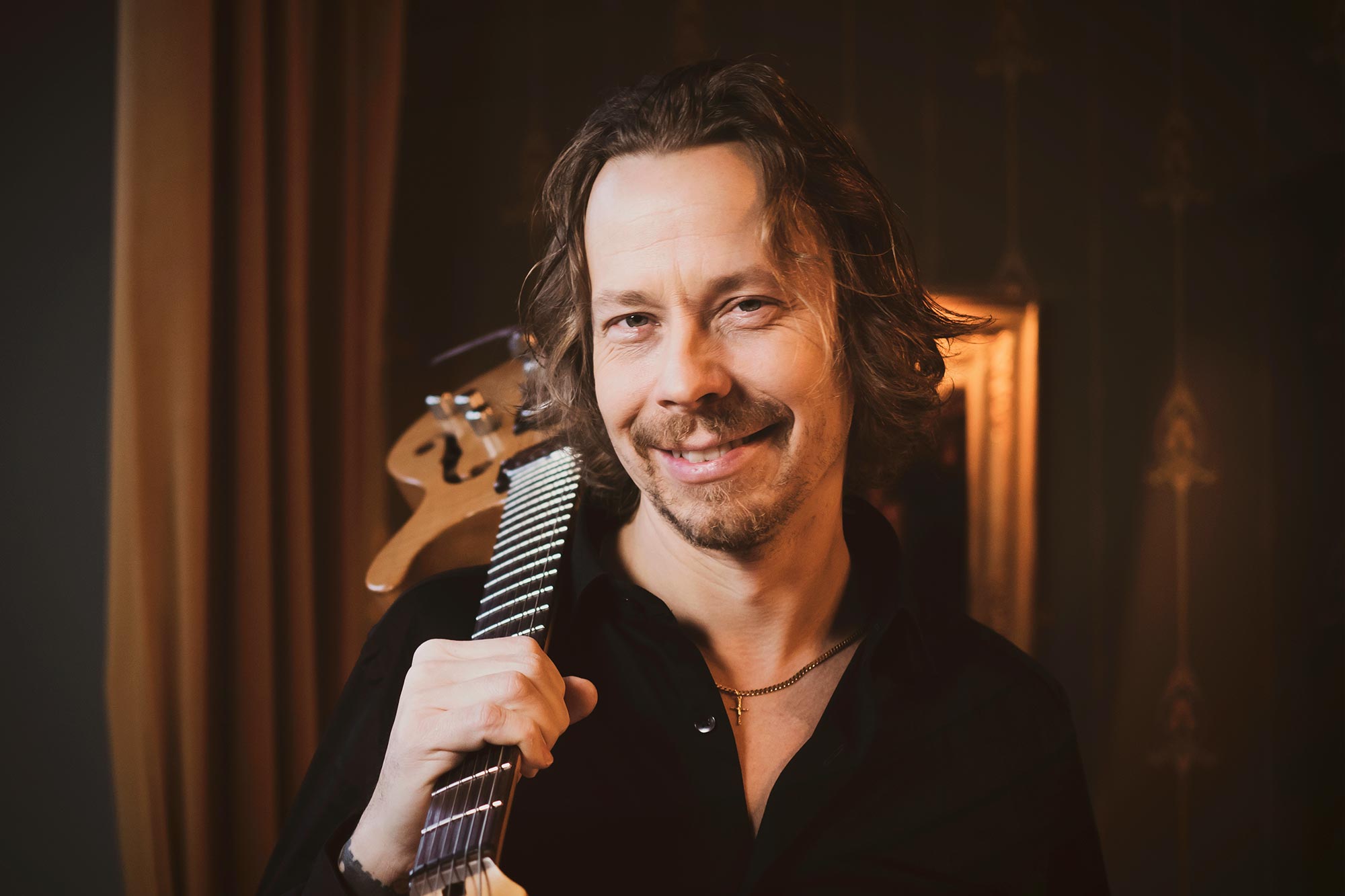 “Just got a change to listen to three songs from Varre. Beautiful!! Varre plays his ass off! Wonderful guitar playing! And the tunes are beautiful and the band is smoking!”

"Just got a change to listen to three songs from Varre. Beautiful!! Varre plays his ass off! Wonderful guitar playing! And the tunes are beautiful and the band is smoking!"

Guitarist Varre Vartiainen (b. 1974) is a versatile and multitalented professional whose career has effortlessly spanned from pop to Finnish schlager music, from arrangement to bandleading, and from television to theatre productions – his most long-standing employers being two thrilling Finnish rock bands: Sleepy Sleepers and the Leningrad Cowboys, who have toured the world over. Yet, as a composer in his own right, he has remained a mystery – where do his interests lie as an individual electric guitar player with no obligations for others?

The question was finally answered last February with Vartiainen’s second own release. The musical style of the record was certainly unexpected: the sextet he assembled for the album Almost Standards plays American jazz standards. Well, at least almost, as the title entails. Though Vartiainen has composed all of the pieces himself, they are based on the chords of standards much older than him – I Love You, Invitation, Nardis and Oleo being among them. This created a fascinating double exposure impression, an organic interplay of the known and the nonfamiliar.

Nevertheless, Almost Standards was not done on a whim, nor was it merely an in-between work. Exploring and interpreting the standards that are – or, in any case, used to be – handed down from generation to generation was a long-time secret dream of Vartiainen that he at last managed to incorporate in his postgraduate studies. Having gained a Master’s degree in Jazz Music from the Sibelius Academy in 2007, the musician is now finalizing his doctoral thesis on the modes in jazz guitar.

Almost Standards, which may be heard live at the Tampere Jazz Happening, is a part of it. As is the album Almost Standards – The Doctoral Edition, which was released last June and on which Vartiainen replays all of his solos. Might we perhaps already have the chance to hear some of the solos from the latter?