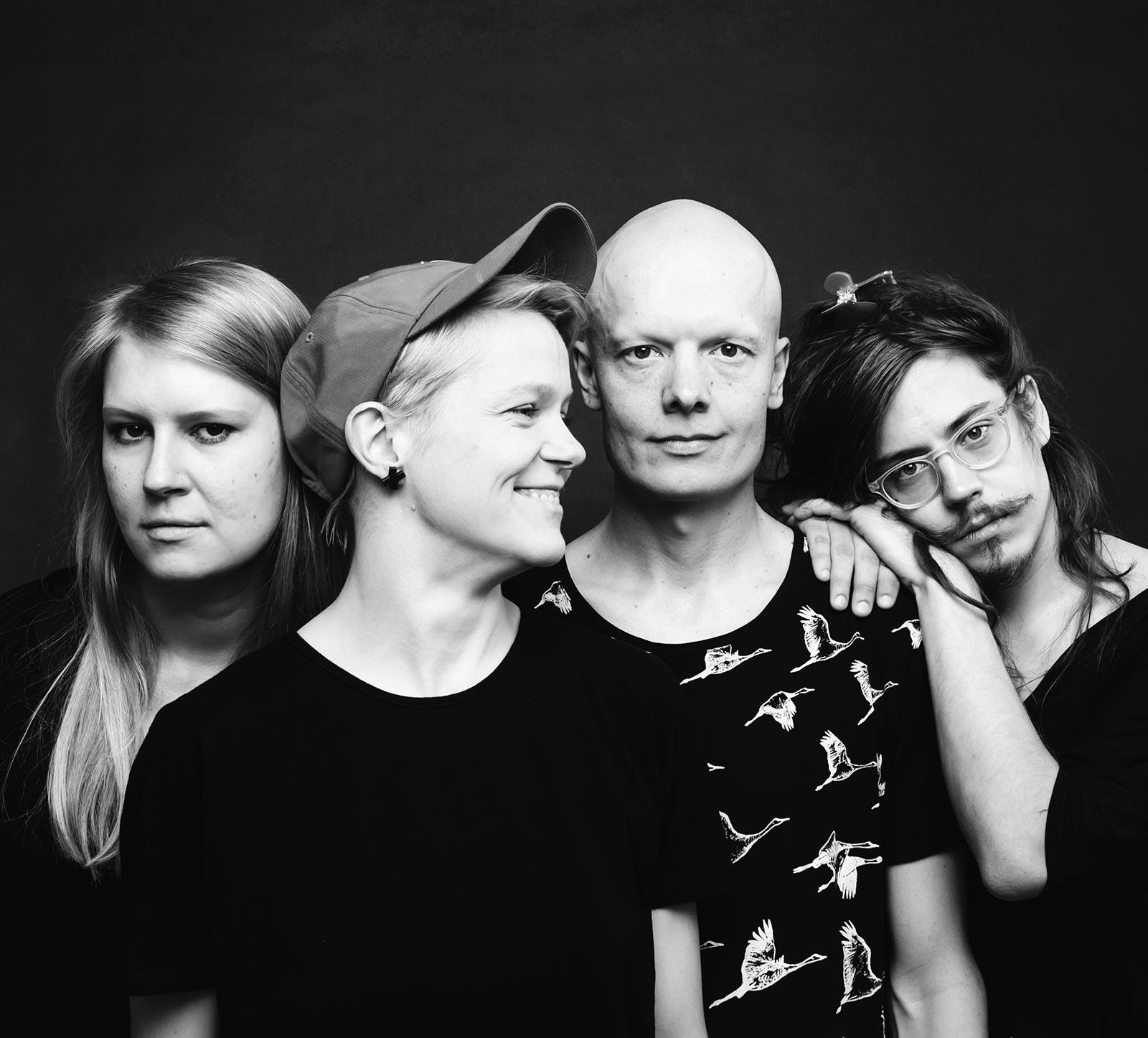 ”This ensemble, consisting of a group of diverse personalities, is a stellar demonstration of how musical chemistries can serendipitously snap into place and find a perfect match.”

”This ensemble, consisting of a group of diverse personalities, is a stellar demonstration of how musical chemistries can serendipitously snap into place and find a perfect match.”

At the end of any title, an exclamation mark is always a statement that increases the expectations – emphatic punctuation, with which one should typically take care. At the end of the title for the quartet Superposition!, founded by drummer and composer Olavi Louhivuori (b. 1981), the exclamation mark, however, might also refer to one of the possible musical influences of the ensemble: saxophonist and composer Ornette Coleman. In his early days, Coleman was quite liberal with the use of self-proclaiming exclamation marks – remember the 1960s albums Something Else!!!!, Tomorrow Is the Question!, Ornette!, New York Is Now!  –  however, when you consider the historical impact that these albums had, the respective exclamation marks seem befitting and well-justified indeed.

Before this year’s Tampere Jazz Festival, the novel ensemble Superposition! has only performed a few times. Moreover, they are currently planning their debut album; thus, they still have some ways to go to in order to demonstrate the presence of their exclamation mark. However, the start of this ensemble has been extremely promising. Their journey ahead will surely be accelerated by the stellar line-up of talented musicians. Saxophonist Adele Sauros (b. 1990) and bassist Mikael Saastamoinen (b. 1991) are young rising jazz stars, who have both recorded albums of their own, and saxophonist Linda Fredriksson (b. 1985) is a central figure of the trio Mopo, a uniquely distinguished ensemble in Finland.