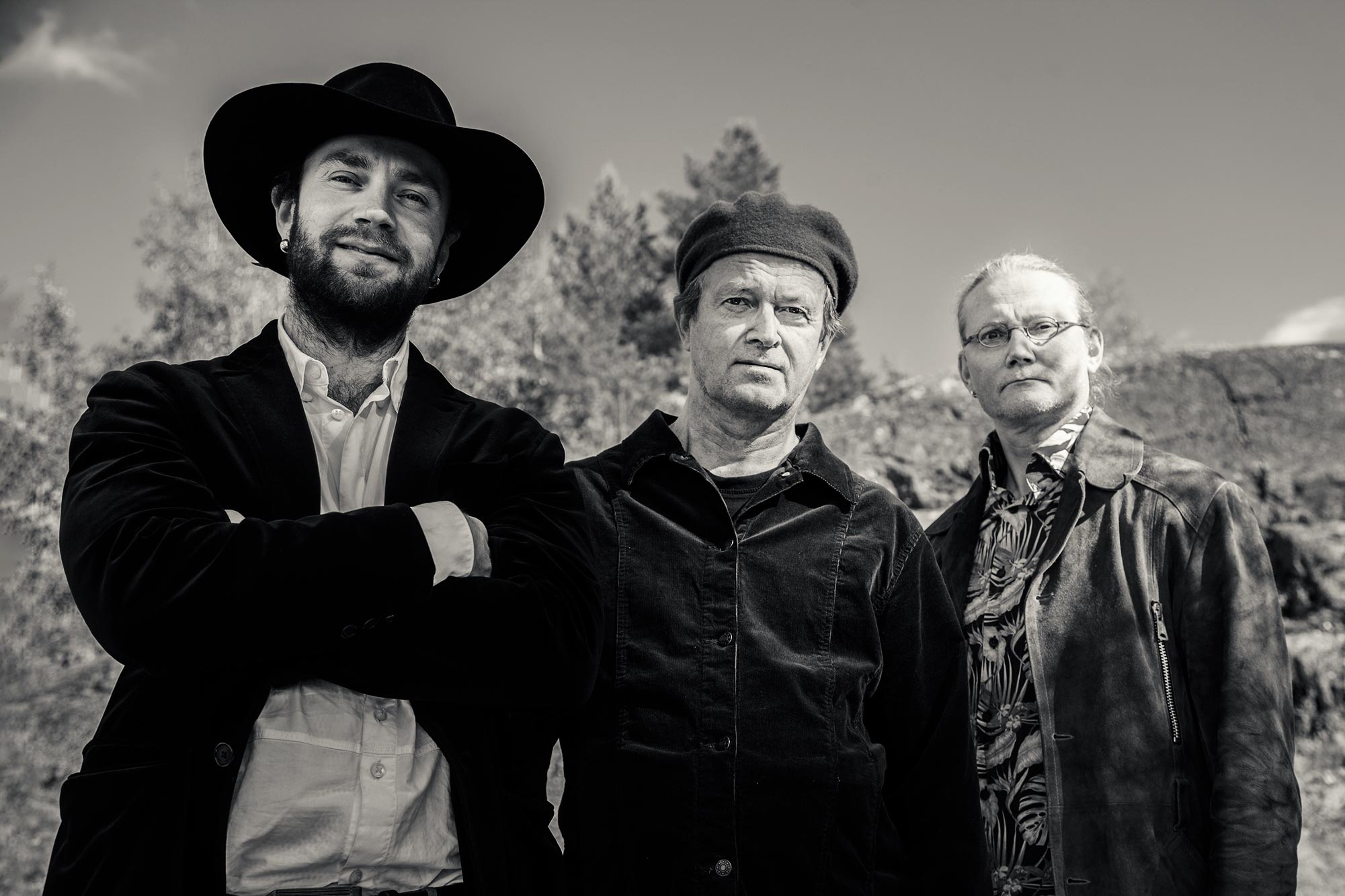 “This delicate pendulum between the ancient and modern, far north and the west and east, dark and light, mysterious, and bright clear is the essence of «Aliseen».”

"This delicate pendulum between the ancient and modern, far north and the west and east, dark and light, mysterious, and bright clear is the essence of «Aliseen»."

Saxophonist and flutist Jorma Tapio (b. 1957) is one of those under-the-radar musicians in Finland, who has kept rather quiet about his successes – despite his impressive musical accomplishments. For decades, Tapio has been one of the primus motors in his unrestrained musical style, and in fact he performed in the very first Tampere Jazz Happening in 1982. Yet this is only his second performance at the festival with his own ensemble – if one may even call this trio “anyone’s own”, seeing that it consists of three seasoned jazz musicians who are all exceptionally well-versed in improvisational music.

It might even be said that “taking ownership” or “owning” has never been one of Jorma Tapio’s objectives. As a musician and composer already since the days of his youth, he has been an old-school explorer to whom the journey seems more important than the destination – that is, the journey of expanding and deepening one’s experiences while drawing ever-wider connections. Or as Tapio himself describes: “All too rarely do we dare to ask ourselves: exactly why it is we want to play, what do we want to express, give, and convey”. This sincere and almost inevitable pursuit is referred to in the ensemble’s old-fashioned name Kaski [a slash-and-burn agricultural method], familiar from the Finnish folkloristic photographs and National Romantic paintings. Indeed, only a few generations ago there existed a time when the Finnish settlers first had to clear, cut, and burn forest so that the family could earn their humble living from the fields to survive through the cold winter.

In the beginning of their second album, Aliseen, Kaski ensemble returns to this era in time by interpreting an old composition by Oskari Merinkanto, Reppurin laulu (1900) – which Finns old enough may remember from the words of Larin-Kyösti – from the golden cuckoo birds singing in the Karelian lands. Kaski’s interpretation of the song does not include lyrics, but the melodic, song-like character of the composition underpins the entire album, evoking deep-reaching roots that connect to natural themes.