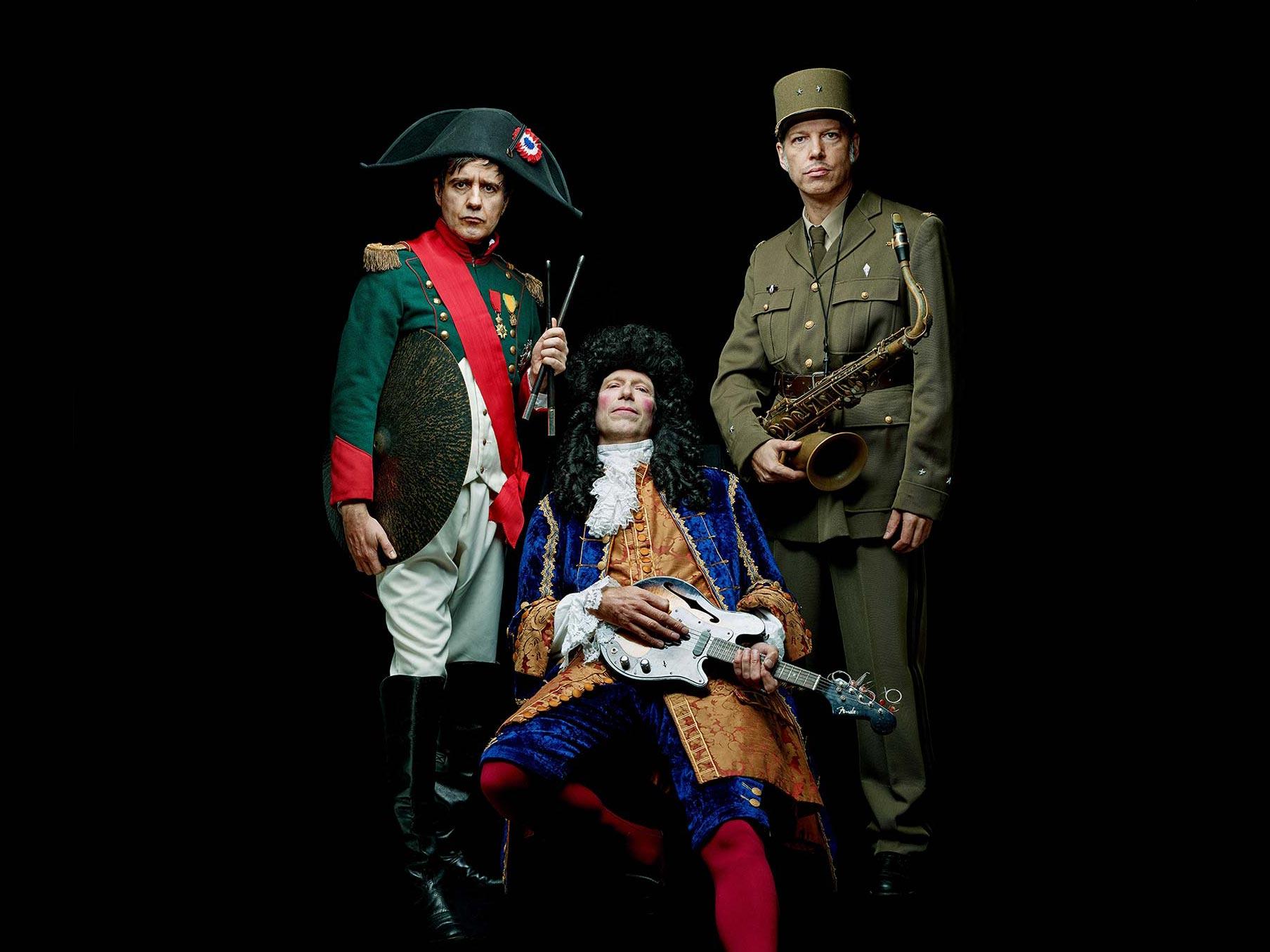 ”Partisans of indecency and irony, Das Kapital is not content to hoist the colors of the French flag, they mix them up brilliantly.”

”Partisans of indecency and irony, Das Kapital is not content to hoist the colors of the French flag, they mix them up brilliantly..”

Some of the most interesting musical adaptations by the multinational ensemble Das Kapital include compositions by Hanns Eissler, the German-born composer whose life was very directly affected by major world history events. Das Kapital has by now recorded two albums of reworks of Eissler’s music, with masterful interpretations that recreate and metamorphose the composer’s rebellious expression. This year, saxophonist Daniel Erdmann (b. 1973), guitarist Hasse Poulsen (b. 1965), and drummer Edward Perraud (b. 1971) finally make their long-awaited return to the Tampere Jazz Festival with a new selection of compositions that can perhaps be interpreted as a tribute to the current home country of all three musicians, now settled in Paris: Vive la France!

Furthermore, for Das Kapital, whose music proclaims socio-political commentary, France is not “one” country but rather – and more essentially – a country with a multitude of diverse voices and styles, with appreciation towards its rich cultural history. In this line of thinking, the ensemble’s program includes a wealth of French compositions and stylistic influences from baroque to chanson and disco-pop. These are interpreted by Erdmann, Poulsen, and Perraud with their ingenious musical approach which attentively seizes the moment. These moments include for instance Comme d’habitude, engraved into music history by Frank Sinatra with the title My Way.